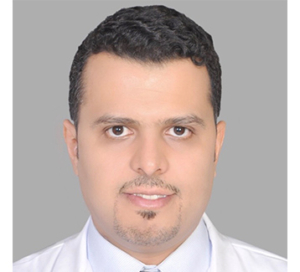 “Dr. Alhazzani: is an Associate Professor of Neurology at College of Medicine in King Khalid University. He is currently president of Saudi Stroke Society, Vice President of MENA stroke association and general secretary of Saudi Neurology society.
His academic appointments include immediate ex Dean of College of Pharmacy and vice Dean for clinical affairs, chairman of the department of Medical Biochemistry, Head of international collaboration program in king Lhalid University he is currently a board member of national neurology scentific board and national neurology examination board.