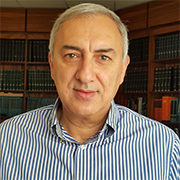 On his return, he created and started the Interventional Radiology Division at the Lebanese Hospital, Geitawi, performing all general and vascular interventional radiological procedures with special interest in spine and pain management. In 1999, he pioneered the use of nucleoplasty procedure in the Middle East for the treatment of discogenic pain and vertebroplasty/kyphoplasty giving several lectures and workshops. In 2000, he pioneered the use of radiofrequency for the ablation of chordomas, 2nd published procedure in 2004 worldwide.

In 1999, he cofounded a private radiology center, the Doctors Center Radiology in Hamra, which became the market leader in Lebanon with full range of equipments covering all fields including an open MRI and 3T large bore MRI, PET scan and 160slice CT scanner.

Currently Dr. Nasser is the Head of the Cardiac CT and of the MRI Division at the Geitawi Hospital and Director of DCR and the Chief Radiologist, Doctors Center Radiology, Hamra.