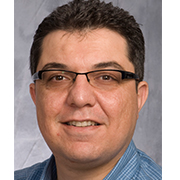 Dr. Khankan is active in multiple aspects of interventional radiology and has been performing a wide variety of vascular and non-vascular interventions. He has a special interest in interventional oncology (hepatobiliary and lung) and embolotherapy. He is the author of numerous published abstracts and many peer-reviewed journal articles and he participated actively in the conferences of top European and American radiologic societies.