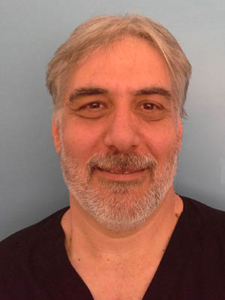 Over the last 20 years, he has focused his scientific interests in angiogenesis in malignant and benign diseases, in augmentation of arteriogenesis in critical limb ischemia, in endothelial hyperplasia inhibition after endovascular procedures, in ureteral obstructive diseases, etc. He conducted or been involved as a primary investigator in numerous clinical trials (both multi-center and single center), as well as experimental and research studies, and he currently leads 4 multicenter clinical trials and the Center of Experimental and Practical Training in Interventional Radiology of Patras Univeristy Interventional Radiology Department.

His research work has produced 150 peer-reviewed publications, (Citations 2690). He is Editorial’s Board Member of the Journal of Endovascular Therapy (JEVT) since 2014 and of the World Journal of Radiology (WJR) since 2015, as well as reviewer in international academic journals. He has received national / international awards, including CVIR Editor’s Medal for 2008 and for 2011. His study on TCB was selected as Distinguished Clinical Study in the Journal of Vascular and Interventional Radiology (JVIR) for 2016.