Stroke Setup and Economy (In Arabic Language & Covered by Press) 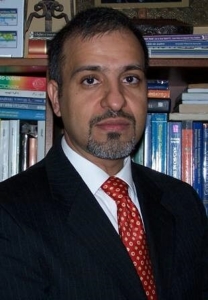 “Dr Al-Senani is an interventional stroke neurologist at King Fahad Medical City in Riyadh since 2004. Dr Al-Senani built the team that set up the King Fahad Medical City’s comprehensive stroke center in 2005, and started the stroke fellowship program in 2015. He was the Chairman of the Neurology department from 2004 till 2013 where he developed and grew the neurology department and its subspecialties and residency program. He was the executive director of Academic and Training Affairs from 2013 till 2018. He has chaired and served on multiple boards.

Currently Dr Al-Senani is the Ministry of Health’s Lead for the national stroke program, and the Chairman of the Stroke Clinical Advisory Group at the Ministry of Health. He is also the Model of Care Lead in Cluster 2, where he is supposed to implement the new MOH model of care in the Eastern part of Riyadh. ”