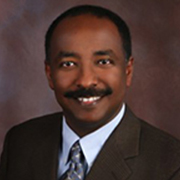 Dr. Elmasri had his training in Surgery followed by Radiology. He received his MD at the University of Khartoum, Sudan- School of Medicine. Dr. Elmasri did his Interventional Radiology fellowship at New York University Medical Center. After completing his training, he joined a private practice in Florida.

Dr. Elmasri joined the teaching staff of the University of Miami hereafter he joined the private practice and founded Lakeland Vascular Institute in Lakeland, Florida in 2008. He put up a group of 8 Endovascular Specialists and Cardiovascular Surgeons on this hospital, practicing the whole spectrum of open and endovascular surgery, thoracic and abdominal endografts, and peripheral interventions. This group showed its practices in a very active limb salvage program in addition to carotid stenting, stroke rescue, venous interventions, IVC filters, and PE/iliocaval thrombectomy. The institution became a centre of excellence for complex IVC filter removal with referrals from all over the State of Florida and from outside the State. It is a part of many national and international multicentre trials and is involved in the training of physicians on new devices.