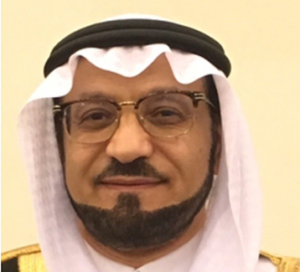 Dr. Ghaith Khougeer is working as a consultant vascular surgeon at JHAH (John Hopkins Aramco healthcare). He obtained his MBBS from King Abdulaziz University in Jeddah 1982.

He did his internship one year of Medicine at King Faisal Specialist Hospital and Research Center (KFSH& RC) at Riyadh, then he did four-years Training in Surgery at (KFSH& RC) until 1986. Dr. Khougeer did his 5-year of General Surgery Residency at University of British Columbia (UBC) and he did as well 2- years of Vascular Surgery fellowship at UBC.

Then he worked at KFSH& RC as a Consultant Vascular Surgeon until Dec 2001 then he joined SAMCO/ Aramco Dhahran Health Center to 2014 when he joined John Hopkins Aramco healthcare hospital at Dhahran until today.

Dr. Khougeer’s interest is in the management and treatment of Carotid Vascular Disease and Aortic Aneurysms.

Dr. Khougeer has a considerable role in diagnosing and management of Peripheral Vascular Disease, such as PVD and diabetic foot

Dr. Khougeer has a long experience in almost all aspects of peripheral vascular disease. For the past few years Dr. Khougeer has treated a significant number of patients with varicose veins using RFA and Scalerotherapy .