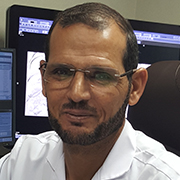 Dr. Alsuhaibani has been member of various hospital committees and the Saudi Commission for Health Specialties’ Committee for Saudi Board of Radiology. He is also the founding member of the Saudi Interventional Radiology Society.

He has many research works published in several peer reviewed journals.