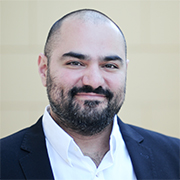 Dr Abdullah graduated from the Royal College of Surgeons in Ireland (RCSI) in 2005.  He joined the surgical department in Kuwait, followed by Radiology residency and completed the FFR-RCSI in 2010.