Pancreatic Transplant: Technique and Outcome from a Single Centre Experience 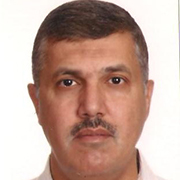 Hazem Habboub received his Diploma in Medical Radio diagnosis at the University hospital of Wales in 1992. He is a Fellow of the Royal College of Radiologists. London, UK in 1993. He also has a Fellowship in Interventional and vascular radiology from the University of Iowa, USA in 1995. He has received Board certification in Interventional/Vascular Radiology from the American college of Radiology, USA in 1996.