Recommendations for the Management of BAVM 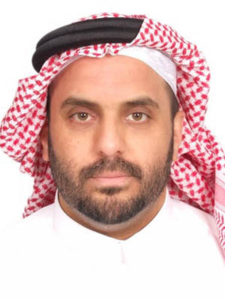 Dr. Hosam Al Jehani joined Imam Abdulrahman bin Faisal university (formerly known as Dammam university) in 2002 and was in a scholarship to McGill university in Montreal, Canada where he obtained the Royal College of Surgeons of Canada Fellowship in Neurosurgery. Subsequently he obtaining a subspecialty fellowship in Neurocritical care. He obtained a Master’s degree in neurosciences from McGill university and he obtained a combined fellowship in interventional neuroradiology and cerebrovascular neurosurgery from McGill university and University of Montreal.
He returned to Imam Abdulrahman bin Faisal University in the summer of 2013 where he works as an assistant professor and consultant in neurosurgery, interventional neuroradiology and Neurocritical care. He is the head of surgical ICU in king Fahad University hospital and of the director of the neurovascular program in both King Fahad university hospital in Alkhobar and King Fahad specialist hospital in Dammam.
He is the Eastern province regional neurosurgery and deputy ICU program director for the Saudi Commission for Health Specialties.
His basic science interest include the understanding of neural stem cells in development and disease conditions such as cerebrovascular accidents and traumatic brain injury.