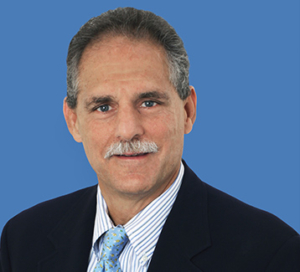 James F. Benenati, M.D., FSIR, is a practicing interventional radiologist, clinical researcher and Medical Director of the Miami Cardiac & Vascular Institute’s Noninvasive Vascular Laboratory in Miami, Fla., since 1990. He is the Fellowship Program Director for the Cardiovascular and Interventional Radiology Fellowship Program which is recognized internationally as an elite training program.

He is a Clinical Professor of Radiology at Florida International University’s Herbert Wertheim College of Medicine, Miami, and a Clinical Associate Professor of Radiology at the University of South Florida Morsani College of Medicine, Tampa. He has served as President of the SIR (Society of Interventional Radiology) and served on the SIR Executive Committee for over a decade. He has served as the President of the Vascular Division for the Intersocietal Accreditation Committee (IAC) and served for over a decade on the board for the Vascular Division and on the board for the IAC. He served on the Annual Meeting Committee for the SIR and was the Annual Meeting Committee Chairman in 2005. He is currently active in a variety of SIR leadership roles n the areas of education, training and development. He is a co-founder and medical director of the BS/RVT program at Nova Southeastern University, Fort Lauderdale, Florida. He was the recipient of the SIR Charles T. Dotter Award in 2014.

He has participated in numerous clinical research projects and national trials. His research has focused on abdominal aortic aneurysm repair with endografts, stents in peripheral vascular disease, prevention of restenosis in the femoral and popliteal arteries, carotid stenting, non-invasive vascular testing and fibroid embolization. Dr. Benenati has been involved in organizing CME-related meetings and activities throughout the United States. He has been a Program Director of the ISET Meeting (International Symposium on Endovascular Therapy) for over 20years. He has served as a journal manuscript reviewer for multiple medical journals. In addition to lecturing internationally, he has authored and co-authored more than 100 scientific articles and abstracts that have been published in medical journals, including the New England Journal of Medicine, Radiology, Journal of Vascular and Interventional Radiology and Journal of Vascular Surgery. He has also edited medical textbooks and journals dealing with different aspects of interventional radiology.