Treatment of Chylous and Non-Chylous Ascites 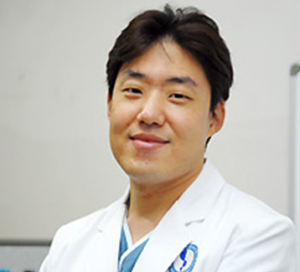 Dr. Jinoo Kim, was born and educated in London, U.K, after which he moved to South Korea to study medicine at Hanyang University College of Medicine in Seoul. After graduation, he applied for radiology residency at Hanyang University Hospital after developing an interest in radiology. On top of four years of residency, he spent a year of fellowing at Asan Medical Center in Seoul to pursue a career as an interventional radiologist. He simultaneously achieved a masters degree and a PhD in interventional radiology. Thereafter, he was offered an academic position at Hanyang University Guri Hospital and subsequently at Ajou University Hospital, where to this day he holds a position as an associate professor. He is a full-time interventional radiologist performing both vascular and non-vascular interventional procedures on a daily basis. Main field of interest is in endovascular treatment of aortic aneurysms and peripheral arterial disease. He is a core member of the diabetic foot clinic at his place of work where he treats patients suffering from critical limb ischemia. Fistula access angioplasty and venous intervention are also among those he performs on a daily basis. More recently, he has been involved in clinical research seeking to find advanced interventional techniques to treat patients with complex lymphatic disorders. Once a neglected field in interventional radiology, marked progress has been made over the recent few years and, as a result, the field has now drawn widespread attention. The future looks promising as ongoing research will show over years to come.