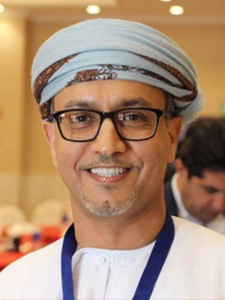 Dr. Mahmood Al Hajriy is a Consultant Interventional Radiologist at the University Hospital Galway, Ireland and a Senior Consultant Interventional Radiology at the Royal Hospital, Oman from October 2017 until today.
Dr. Al Hairiy was previously an Intern at the Minstry of Health in Oman from 1995-1996 until he became a Medical Officer from 1997-2000 at the Royal Hospital and Royal Oman Police Hospital. He was a Radiology Trainee at Mubarak Al Kabeer Hospital Kuwait from 2000 to 20002. He was a Fellow Vascular and Interventional Radiology (VIR) at the Singapore General Hospital, Singapore from 2008-2009.
He received his MD at the College of Medicine, Sultan Qaboos University in 1995.