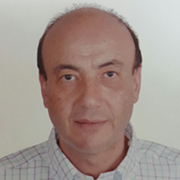 From 1995-1996, he has worked as a registrare in Matter Mesricordiae Hospital in Dublin.