Role of IR in Iraq and Future Vision 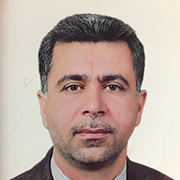 Mohamed Mahdi received his MBchB in 1992 at the Baghdad University. He received his X-ray institution certificate in 1996 in Baghdad as well.

He has an experience in general radiology especially chest and abdomen imaging. He is also an expert in non-vascular intervention including imaging guided biopsies, deep collections draining procedure, per cutaneous hydatid cyst aspiration.