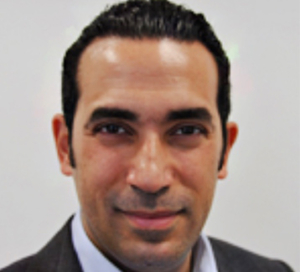 Morad Sallam is a consultant vascular and endovascular surgeon, graduated in 2003 with honours, he spent his early surgical training in General and Vascular Surgery at Cairo University hospital to become a lecturer of vascular surgery, he then completed his advanced training in the UK, where he secured a series of vascular/endovascular & transplant fellowships in London, working as a Senior fellow at Barts Health, Imperial College, Guy’s and St Thomas’ NHS trusts. He became a fellow of the RCS and was appointed as a Consultant Vascular Surgeon at Guy’s and St Thomas’ in the beginning of 2013.

Morad completed his MSc in 2008 and MD in 2012, carrying out research in vascular injuries in neck trauma and the use of sclerotherapy in the management of varicose veins respectively.

He is the head of Education and Training in Vascular Surgery at GSTT and an honorary Senior Lecturer at King’s College London. He held various education leadership roles very early on in his career, currently the Cardiovascular block lead for KCL medical students at GSTT.

A faculty member in many national/international vascular courses and he teaches in the GSTT “Care Redesign program” by Harvard business school.

Mr Sallam has a special interest in open Thoracoabdominal repair, arch/thoracic aneurysms endovascular and hybrid repair and Vascular Infections. Along with his colleagues and the multidisciplinary team at GSTT he has developed and currently co-leading the biggest tertiary referral aortic infection service in the UK and one of the biggest in Europe.