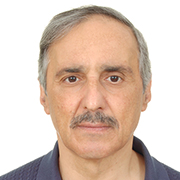 Nadjib Bouayed is the Chief of the Vascular Surgery Department at the University Hospital of Oran. He received his degree in medicine in 1978 at the Oran, Algeria. In 1983, he also received his Diploma in General Surgery. He was a resident in Thoracic Surgery at CHU Foch Suresnes from 1981-1982 in Paris, France. Then he went on as a resident in cardiovascular surgery at CHU Rangueuil from 1982 to 1984 at Toulouse, France.

In 1990, he was an Associate Professor in thoracic and cardiovascular surgery and from 1991 to 1994 he was the Chief of the Cardiovascular Surgery Department.