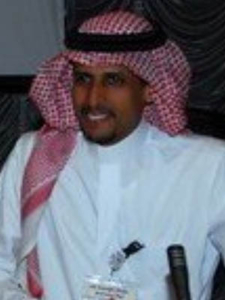 Dr. Riad Okaili is a Neuro-Interventional Radiologist at King Abdul-Aziz Medical City, and Assistant Professor at King Saud University for Medical Sciences, KSAU. He was trained at the University of Pennsylvania where he subspecialized in Neuro-Radiology and Neuro-Intervention, he later validated his training by acquiring a subspecialty Board CAQ (Certificate of Added Qualification) in Neuro-Radiology by the American Board of Radiology.

Dr. Okaili received his MD from King Saud University. He completed his internship September 1995- August 1996 at the same University. He then spent substantial training in neurosurgery & medicine at King Faisal Specialist Hospital & Research Center. Residency, then in Radiology at King Fahad National Guard Hospital, followed by a Residency in Radiology from September 1999 – July 2004 at the Medical University of South Carolina.

Dr. Okaili has noteworthy Administrative Experience as a Section Head of Neuroradiology, at King Abdul-Aziz Medical City. He is also a member in American College of Radiology, American Roentgen Ray Society, Riyadh Radiology Club and Radiological Society of Saudi Arabia.

His bibliography includes several papers, and books, including land mark articles such as the Intra-axial brain masses: MR imaging-based diagnostic strategy-Initial Experience in Radiology, and well received books such as Neurointerventional Management: Diagnosis and Treatment.