Embolization of Chronic Joint Pain: How to Avoid Complications 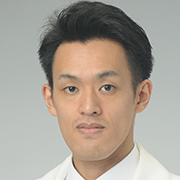 Dr. Yuji Okuno is a Japanese Interventional Radiologist, specialized in musculoskeletal embolization for chronic disease such as knee osteoarthritis, frozen shoulder, and tendinopathy and enthesopathy. He has been taking on developing this new technique and publishing the results. He is also a vascular biologist.

Yuji Okuno started his career as an interventional radiologist and from that experience through it, he has had a clinical question “Why can a blood vessel with disturbed structure be formed in cancer or inflammation?” And to solve it, he will focus on pathological angiogenesis when he was engaged in basic research of vascular science that he did during his graduated student researcher. From this work he found genes involved in the pathogenesis of pathological angiogenesis and he reported the results of the study to Nature Medicine in 2012 as a first author. Based on these experiences, from the viewpoint that reduction of abnormal diseased blood vessels leads to improvement of chronic inflammatory diseases, he has developed a treatment using embolization technique applying to chronic musculoskeletal disorders, such as knee osteoarthritis and frozen shoulder and reported its safety and usefulness in the world for the first time by conducting clinical researches. At present, this procedure is beginning to be confirmed for safety and usefulness in third parties in other countries.